Did the President use the #NDAA to murder Breitbart? Is there a purge coming in America between the left and right? 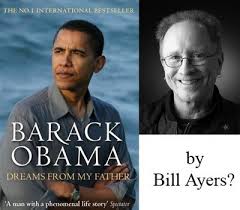 Update to this story: Breitbart recently had ‘dinner’ with Bill Ayers and two weeks ago Breitbart announced he had video tapes that will embarrass Obama… Obama and Ayers have a relationship and Ayers has a history of trying to kill people. 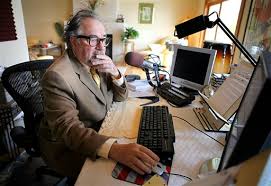 “Breitbart had dinner with Ayers and Dorhn three weeks ago at the couple’s Hyde Park residence on Chicago’s South Side, which is near Obama’s home. Breitbart was invited by Daily Caller Editor-in-Chief Tucker Carlson, who won an Internet auction for a dinner party with the couple.”  Michael Savage I have not seen anyone in the main stream News ask the question?  Could Andrew Breitbart have been killed or murdered for something he knew or was about to release Video information,  Someone did not want him to get out to the public to see!  We will know more info after the official  autopsy is done till then this is all just speculation!

The question is who would want Andrew dead who stands to gain from his death!  As a political activist the list of names would be a long one!  I would start the top of the list with the Illuminati NWO gang!  I’m sure you can guess who I’m talking about without saying his name!  Because if I do I will get my door kicked in tonight and also die of so called Natural causes like a boot to the head!

For his effort in being a Patriot maybe not the best Anti NWO Guy but an American who stepped out in faith to fight for what he believed in we will put Andrew on the Anti New World Order Party Wall of Fame!


Andrew Breitbart, the US conservative author and activist known for publishing embarrassing sting videos of left-wing groups, has died, aged 43.

He helped launch the Huffington Post and was an editor on the Drudge Report website before running his own sites, including Big Journalism.

His website’s editor-in-chief confirmed his death of “natural causes”.

Breitbart reportedly collapsed when walking near his house, according to the Associated Press.

Update to this story it turns out that Breitbart recently had ‘dinner’ with Bill Ayers and two weeks ago Breitbart announced he had video tapes that will embarrass Obama… Obama and Ayers have a relationship and Ayers has a history of trying to kill people. Do the math.

On Tuesday night, Andrew Breitbart made what would be his final TV appearance, speaking with CNN’s Piers Morgan about the results of the Michigan primary and what it meant for the 2012 GOP race moving forward. Morgan had joked with Breitbart that he was looking sharply dressed for his program.

“You’ve got this whole new smart image for me!” Morgan exclaimed.

“Cleaned up and got my aerodynamic fashion for you!” Breitbart joked.

Breitbart, who passed away at age 43 Thursday morning in Los Angeles, observed that the GOP race was still in flux and in his final televised opinion, spoke about what was in store for Super Tuesday.

“What I find interesting about next week, there is the possibility of a brokered convention based upon what we’re finding,” Breitbart noted.

2 thoughts on “Did Bill Ayers Poison Andrew Breitbart? Do we have Probable Cause for Murder?”