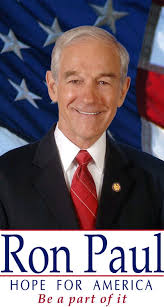 “Being first to appear on the ballot in all fifty states proves that Ron Paul is the only candidate with the organizational muscle, resources, and stamina to challenge Mitt Romney.”

LAKE JACKSON, Texas – 2012 Republican Presidential candidate Ron Paul is the first candidate among those vying for the GOP nomination to appear on the ballot in all 50 states, and the only candidate aside from moderate-establishment Mitt Romney to have any prospects for 50-state ballot access.

The 12-term Congressman from Texas filed to appear on the ballot in New Jersey today – Tuesday,

March 27 th – with double the required 1,000 signatures, giving him the status of first candidate to have nationwide ballot access. Romney is expected to file in New Jersey in the coming days, making his 50-state ballot access likely.

Not all states require activity such as the need to file paperwork to appear on the ballot. In the case of some states, for example, the respective secretaries of state simply green-light ballot access for candidates. In the over 30 states that do require some form of filing activity, filing requirements range from formalities such as filing paperwork and paying a fee to appear on the ballot, to similar requirements plus a quota of signatures from those enrolled in the relevant political party, to stringent requirements as in the example of Virginia, which requires filing plus thousands of signatures to authenticate candidate support.

In Virginia, Paul and Romney were the only candidates that appeared on the ballot in the

Commonwealth’s primary held on March 6 th –Super Tuesday. Counterfeit conservative Rick Santorum failed to file at all in Virginia, and serial hypocrite Newt Gingrich filed but fell short of qualifying. Would-be candidate Rick Perry’s suit that the other candidates joined against the Commonwealth was struck down on appeal, and an injunction determining whether and when paper ballots were to be printed was lifted, making possible the Paul-Romney matchup. More recently, Santorum failed to file in the District of Columbia,

which is holding its primary on Tuesday, April 3 rd

or one week from today.

“Success in accessing ballots no matter a state’s requirements is a barometer for the strength of a campaign organization. Being first to appear on the ballot in all fifty states proves that Ron Paul is the only candidate with the organizational muscle, resources, and stamina to challenge Mitt Romney for the Republican nomination,” said Ron Paul 2012 National Campaign Manager John Tate.

“In concert with our delegate-attainment strategy, which is working well in states like Iowa, Nevada, Washington, and Missouri, we’re prepared and eager to continue on the long road to Tampa,” added Mr. Tate, referring to the Republican National Convention in to be held in Florida in September. “See you on the campaign trail.”