Hence·forth  the chaos and confusion in the world of banking!  The End game has started Cyprus, and Europe, it comes as no surprise that the previously scheduled Monday bank holiday (aka Green Monday) has been extended into Tuesday.  So all we see in the News is how the Dow keeps going up and the American Economy is picking up steam.  When the truth is that its all just a bunch of hot air.  Anyone who understands the world banking history, knows that history is about to repeats itself it could be with in a few months to a few years a way till the big crash.

Cyprus Bank Holiday extended until Wednesday …to stop runs on the Cyprus Banks   Sound a lot like the great depression with runs on banks  Get ready for new runs on banks… … That’s what happened to hundreds of banks in the Great Depression.  Much of the Great Depression‘s economic damage was caused directly by bank runs.   I know one thing if I had any money in the bank I would have gotten it out in 2007 before the crash we saw the signs my family and friends on facebook can tell you that!  Oh wait I have not had money in the bank for years.  Its just one big vicious cycle that the Banksters keep playing generation after generation its a world wide  scam and if Jesus Christ was around today he would pick up the whip and go after this den of thief’s the same way kicking them out of his temple our world.

When even JPM says to panic, it may be time to panic. And then we ask why is all of this happening right now, why is even JPMorgan advocating a risk-off posture, and then we recall that every single year in late March, early April Europe comes back front and center with a bang, just as we forecast in “It’s Deja Vu, All Over Again: This Time Is… Completely The Same” and then everything becomes very clear.

On the Monday, March 18 edition of the Alex Jones Show, Alex breaks down the collusion between the EU and IMF in confiscating individuals’ private wealth to ultimately seize control of economies, paving the way for years of dependency on financial dictatorship. On today’s show, Alex invites economic trend forecaster and publisher of the Trends Journal Gerald Celente to discuss the looting of Cypriot bank accounts, and what the future holds for Italy, which may be the next nation to be similarly plundered. We’ll also cover other major headlines and take your calls.

The Cypriot cabinet has declared Tuesday a bank holiday, for fear of capital flight, and this may even be stretched to Wednesday, as depositors are certain to withdraw huge sums from the Cypriot banks after the haircut imposed.

Nicosia postponed from Sunday to Monday the tabling in Parliament of the bill including the measures for the Cypriot bailout – including a bank account haircut and a tax hike on interest and corporate earnings – but the European Central Bank insists on a rapid voting because there are already signs a domino effect will follow across European lenders and markets from Monday.

There is genuine fear of market unrest on Monday morning when stocks may crumble in the eurozone and bank accounts in other southern European bank may suffer.

Skai radio reported on Sunday that the Bank of Greece has sent between 4 and 5 billion euros to Cyprus in order to help Cypriot banks respond to cash requirements by their clients.

So, if the official name of the March 18 holiday was “Green Monday“, will the March 19th ad hoc holiday be called “Red Tuesday“? Inquiring minds want to know.

The price of gold remained approximately in Timeline of U.S. Gold 2007, The yearly average price of gold was $695, with a high of $833 per ounce. and in 2007 the Dow opened the year at 12,459.54 Understand why it crashed by following the timeline of events in 2008 and now today the news is say how strong the Stock Market is doing then why if the Market is on such a bull run at Dow Jones Industrial Average 2 Minute Dow Jones Indices: .DJI – Mar 18 4:35pm ET  Closed at 14452.06 today and the price of Gold is at 1594.00 This is my point if the stock market was on such a bull run why is Gold at still near record highs becase the smart people know that the Federal Reserve System is pumping up the markets by buying American Bonds and T bills Treasury Bills.  Money market investments backed by the U.S. government. Learn more about treasury bills at HowStuffWorks.

This conspiracy by a group of international elites controls and manipulates governments, industry, and media organizations worldwide. The primary tool they use to dominate nations is the system of central banking. They have a grip on the world economy, deliberately causing inflation and depressions at will. Operatives working for the New World Order placed in high positions in government and industry. The people behind the New World Order are international bankers, in particular the owners of the private banks in the Federal Reserve System and other central banks, and members of the Council on Foreign Relations, Trilateral Commission and Bilderberg Group.[1] The New World Order  controls Multinational and global organizations such as the European Union, United Nations, World Bank, International Monetary Fund and the proposed North American Union. The term gained popularity following its use in the early 1990s by President George H. W. Bush when he referred to his “dream of a New World Order” in his speech to the United States Congress on September 11, 1990. 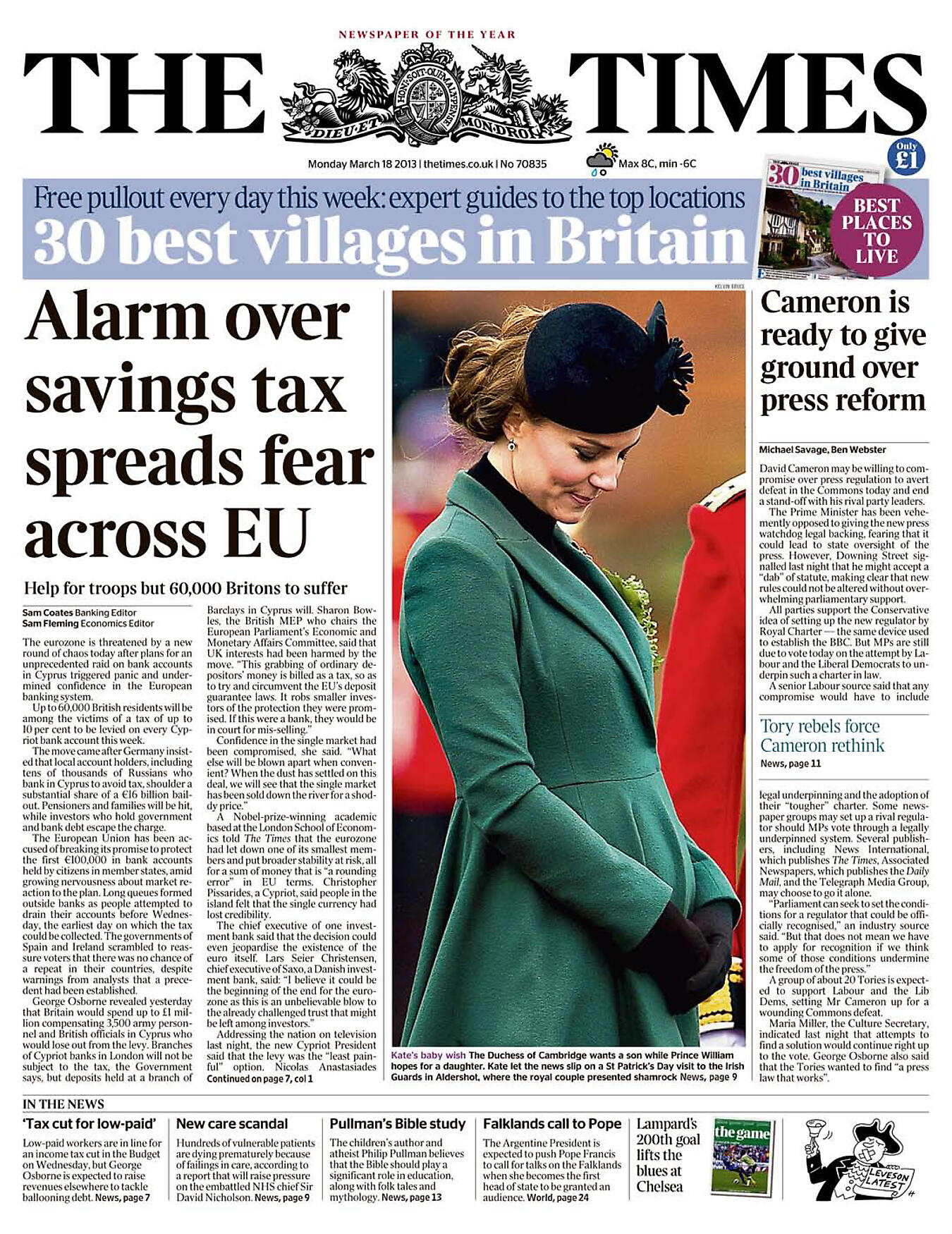 this section copied from

Four Truths About the U.S. Economy All Investors Should Know

Truth #1: At the beginning of 2008, there were 28.22 million people in the U.S. economy on food stamps. Fast-forward to 2012, and the number has increased to 46.60 million—an increase of more than 65%. (Source: United States Department of Agriculture, March 8, 2013.) The number of Americans now on food stamps represents almost 15% of the entire population in the U.S. economy right now.

Truth #2: The poverty rate in the U.S. economy also increased in the aftermath of the worst economic condition since the Great Depression. In 2007, the official U.S. poverty rate was 12.5%. By 2011, this rate increased to 15%. We have experienced a 20% flight in the number of Americans living in poverty. (Source: “Poverty and the Great Recession,” The Russell Sage Foundation and The Stanford Center on Poverty and Inequality, Stanford University website, October 2012, last accessed March 18, 2013.) As it stands today, about one in every seven Americans is technically poor.

Truth #3: Similarly, job prospects for Americans have declined since the beginning of the financial crisis. In January of 2008, there were 4.2 million job openings in the U.S. economy. As the U.S. Department of Labor reports, in January 2013, there were 3.6 million job openings. (Source: Federal Reserve Bank of St. Louis web site, last accessed March 15, 2013.) There are 12 million unemployed individuals in the U.S. economy, with a significant number being jobless for more than six months.

As the U.S. economy faces severe headwinds because of the financial crisis, cities across the U.S. are suffering as well. According to the 2012 census, one in every three counties in the U.S. economy is “dying off” due to weakening economic conditions and an aging population. (Source: Huffington Post, March 15, 2013.)

Truth #4: We have a long way to go before we see any real improvement in the U.S. economy. The only thing that has improved since the financial crisis is the stock market, courtesy of cheap interest rates and extensive paper money printing. Don’t get lured into believing that a rising stock market means economic growth. The stock market and the U.S. economy are moving in opposite directions. Many public companies listed on the key stock indices are already warning investors about troubles ahead, profitability issues.

Sure, the old adage is, “Don’t fight the Fed.” But the stock market utopia can only go on for so long before “regression to the mean” becomes a reality again.

Looking at the long-term chart of gold bullion and the U.S. dollar, there is an interesting technical chart pattern developing that may help us predict the next move in the greenback and the yellow metal.

Both the U.S. dollar and gold bullion are going through the formation of the technical chart pattern called the “symmetrical triangle.” This pattern occurs during a trend and is often the result of a consolidation in prices. The majority of instances when the symmetrical triangle pattern emerges eventually result in a continuation of the prior trend.

If you observe closely, the trading ranges in the dollar and gold bullion have been getting smaller since the beginning of 2011. While keeping with their respective trends, they appear to be consolidating. The U.S. dollar has declined, compared to other major currencies. Meanwhile, gold bullion prices have been trending higher—from below $300.00 an ounce to close to $1,600 an ounce.

As I have been harping on about in these pages, the demand for gold bullion is robust, to say the very least. Central banks are rushing toward gold, seeking safety—they have turned into net buyers of the yellow shiny metal. In the last quarter of 2012, they bought the most gold in almost 50 years.

In contrast, by buying gold bullion, central banks may be losing trust in the U.S. dollar. According to a report by the World Gold Council (WGC), in 2000, central banks held 62% of their assets (or reserves) in U.S. dollars. By 2012, that percentage of U.S. dollar holdings decreased to 54% of the reserves. (Source: Market Watch, March 13, 2013.)

It isn’t a hidden fact anymore: the Federal Reserve has been increasing the money supply, as its balance sheet has grown to more than $3.0 trillion and its paper money printing program continues at a rate of $85.0 billion a month. The more paper money the Fed prints, the more vulnerable the greenback becomes.

Time will be the better judge of where the greenback and gold bullion end up, but from the looks of the chart above, the U.S. dollar appears bearish and gold bullion’s future seems bright.

“Prepare for the worst economic period ahead that we have seen in years, my dear reader, as that is what I see coming. I’ve written over the past three years how, in the late 1920s, real estate prices fell first before the stock market and how I felt the same would happen this time. Home prices in the U.S. peaked in 2005 and started falling in 2006. The stock market is following suit here in 2008. Is a depression coming? No. How about a severe deflationary recession? Yes!” Michael Lombardi in Profit Confidential, January 21, 2008. Michael started talking about and predicting the economic catastrophe we began experiencing in 2008, long before anyone else.

2 thoughts on “Get your Money Out Of The Bank Now Before Its To Late Global Economic Collapse Is Eminate First Domino Has Fallen EU’s Cyprus!”