🙏Prayer request: Anna Taylor has court Tuesday. Please pray she gets her case sorted out without getting locked up, without false conviction of burglary (or breaking & entering) over an illegal lockout & domestic dispute. We need a serious turnaround of the case.

📞🚨 Emergency Phone Blitz for Anna Taylor! Numbers below. Please spread this far & wide as fast as possible. We need as many people to call as possible because Anna has court again – today 10/19/21 10AM. GA10 district, New London, Connecticut. 112 Broad Street. Ask to drop the charges! Meanwhile she needs time to establish her case (present witnesses, submit evidence). It was an illegal lockout during a civil dispute. They are calling it felony burglary when there was no intent to commit any crime. Breaking & entering is an incorrect charge too – Anna was living there for months.There is also an element of grave slander in this case to try to make her look mentally ill (& open the door to probate, asset theft, forced vaccination, forced drugging potentially causing brain damage etc.), & it looks like a setup. She is being railroaded into felony charges from a civil dispute w/her boyfriend with whom she had a child. The building owner is the one pressing charges. Anna is of sound mind, not a danger to herself or others.
=>Prosecutor Sarah Steere 860.443.8444 sarah.steere@ct.gov
=>Judge Edward V. O’Hanlan, Superior Court Judge. 860.443.8343
=>Archbishop His Excellency Leonard Paul Blair. 860.541.6491
=>Vicar General Steven Boguslawski 860.249.8431
History of advocacy for Anna from Courtroom Watch: https://courtroomwatch.org/?s=Anna+taylor+
Thank you for your help!

“Interview with Targeted Victim Kim Arth: Kim was picked out at church by a man who claimed he had been an independent contractor for the government. He claimed he worked in ABC’s – atomic, biological, and chemical. She was forced into the hospital where a team of Mengele-like doctors were waiting for her, to do non-consensual human experimentation by putting implants in her. It seems they may have been trying to set her up to be an active shooter. They were trying to get a gun in her hand. It kind of looked like it was some sort of government setup to push forward anti-gun legislation. Now she has this technology all over her body, is being tortured by it, and can get no legal redress.”

photos from her Melinda Kidder scan plus the entire scan report from her. I will put the photos here & the full scan report in your Facebook Messenger. Please it would be great if you can upload the whole 30-page document for ppl to download and read as evidence supporting her claims.

https://youtu.be/gaNgrFDyoXs – Meegs B interview in 18 parts – follow the links. She wasn’t allowed to upload it as one file.

https://youtu.be/5t3rlDuAI-o – “Note on the Kimberly Arth Interview” from Meegs B

his article is about supposed portals to the underworld from the surface of the earth. For other uses, see Gates of Hell (disambiguation).

The gates of hell are various places on the surface of the worldthat have acquired a legendary reputation for being entrances to the underworld. Often they are found in regions of unusual geological activity, particularly volcanic areas, or sometimes at lakes, caves, or mountains. 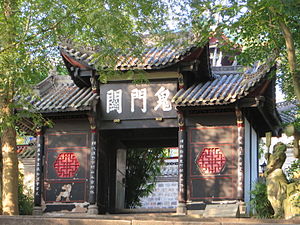 Gates in the Greco-Roman world

This article is about supposed portals to the underworld from the surface of the earth. For other uses, see Gates of Hell (disambiguation).

The gates of hell are various places on the surface of the worldthat have acquired a legendary reputation for being entrances to the underworld. Often they are found in regions of unusual geological activity, particularly volcanic areas, or sometimes at lakes, caves, or mountains.

Gates in the Greco-Roman world

Psychological and Spiritual Warfare is on-going, in and outside the home ( Targeted Enlightenment is not about about Gang-Stalking, Cause Stalking, And Targeted Individuals). TE or Targeted Enlightenment is about an individual who has been placed onto a list of people who are willfully ignorant about the New World Order its agenda and system.  These individuals who are brainwashed by mainstream government propaganda are under psychological and often mental warfare tactics which is orchestrated by the U.S. military, C.I.A. and federal law enforcement within the USA, but this is a global criminal syndicate that is run by the Zionist NWO Illuminati  Khazarian Mafia.

The curtain is now being pulled back to fully expose the Khazarian Mafia and its evil plan to infiltrate, tyrannize the whole world and eradicate all Abrahamic Religions and allow only their Babylonian Talmudism also known as Luciferianism, Satanism or ancient Baal worship.  “The Matrix is a system, Neo. That system is our enemy. But when you’re inside, you look around, what do you see? Businessmen, teachers, lawyers, carpenters. The very minds of the people we are trying to save. But until we do, these people are still a part of that system and that makes them our enemy. You have to understand, most of these people are not ready to be unplugged. And many of them are so inured, so hopelessly dependent on the system, that they will fight to protect it.” Morpheus from The Matrix (1999)

“I’m inventing a new tool for activists in the truth movement a term called targeted enlightenment. A term to describe a individual who has been targeted for enlightenment by a social network of Truthers. If you have somebody that you would like to be involved with enlightenment use the hashtag #TargetedEnlightenment and also tag the persons Facebook profile and the network of Truthers that see and use the hashtag will info bomb the individual with truth and knowledge. This is a flash mob for truth.” Daniel J Leach Jr

If you want to join the resistance out team of info warriors and fight the darkness of the NWO Khazarian Mafia and its evil plan to infiltrate, tyrannize the whole world then add people to our list of people or groups that are Targeted for Enlightenment.  Use the hashtag #TargetedEnlightenment and tag the groups or people that you wish to be Liberated through Prayers and info bombardment! Don’t forget to join our Facebook group and introduce yourself to the team!

On May 7, 1966 a 9 year old child named Cathy O’Brien was subjected to an occult ritual named “The Rite to Remain Silent”. This is her own very shocking and eye-opening life story about her experience as a CIA MK-Ultra Whitehouse Pentagon level trauma-based Mind Control slave. She speaks out to expose those who abused, who go right up to presidents and congressmen and women and to give voice to the many mind control victims out there who can’t think to speak out.

O’Brien claims to have been abused since she was a toddler by her own family. Forced to partake in satanic sadomasochistic child pornography movies produced for Gerald Ford, she was eventually sold to the CIA, which was looking for traumatized children for their mind-control program … U.S. Presidents Ford, Reagan, Bush and Bill Clinton; Canadian Prime Ministers Pierre Trudeau and Brian Mulroney; Mexican President Miguel de la Madrid; Haitian dictator Baby Doc Duvalier; Panamanian President Manuel Noriega; and King Fahd of Saudi Arabia all sexually brutalized her. She recounts in graphic detail how the elder George Bush raped her thirteen year old daughter and how she was forced to have oral sex with Illuminati witch Hillary Clinton … While being sodomized, whipped, bound and raped, O’Brien overheard the globalist elite planning a military coup in the United States and conspiring to usher in the satanic New World Order

Cathleen Ann O’Brien (born December 4, 1957, Muskegon, Michigan[1]) is an American who says she is a victim of a mind control government project named Project Monarch, which she said was part of the CIA’s Project MKULTRA forbehavioral engineering of humans (mind control).[2][3][4][5][6] O’Brien made these assertions in Trance Formation of America (1995) and Access Denied: For Reasons of National Security (2004) which she co-authored with her husband Mark Phillips.[6]

The memories that O’Brien has asserted she possesses were retrieved through the use of hypnosis. The specific program which she claimed was responsible for herdissociative identity disorder, Project Monarch, is not mentioned in reviews of MKULTRA, its alleged parent program. Because most MKULTRA records were deliberately destroyed in 1973 by order of then CIA Director Richard Helms, it has been difficult, if not impossible, for investigators to gain a complete understanding of the more than 150 individually funded research sub-projects sponsored by MKULTRA and related CIA programs.[7][8] In 1977, Richard Helms was suspended by the US Congress for lying about the US government’s anti-government activities abroad and illegal surveillance domestically.[9]

O’Brien also states that she has a recollection of child abuse — of her and her daughter — by international pedophile rings, drug barons and satanists, as part of asex slave aspect to her “trauma based mind control programming.” Individuals from United States, Canadian, Mexican and Saudi Arabian government officials to stars of the Country and Western music scene are among those she accuses of these crimes. According to scholar Michael Barkun, investigations into the story produced no credible evidence and numerous inconsistencies.[5]

O’Brien says she was recruited against her will by the CIA and her abusive father as a child, through a network of child pornographers he was involved with, and forced to participate in a mind control program named Project Monarch, which is said to be a subsection of Project MKULTRA and Project ARTICHOKE.[2][3][4][5]

Swedish scholar Mattias Gardell states that O’Brien’s assertions are almost entirely unsupported by any evidence outside her testimony or the similarly unverified testimony of others.[10] Michael Barkun states that “scholarly and journalistic treatments of MK-ULTRA make no mention of a Project Monarch”.[5]

Her stories have entered the conspiracy culture, linking assertions of satanic ritual abuse with MKUltra.[11] Mark Dice was skeptical of her assertions, but also commented, “there are very real victims of such programs” and “it is possible that a victim would write a book about them and have nobody believe her.”[12]

Other videos on Mind Control: